The easyCredit BBL has a new standings leader as FC Bayern Munich took over first place as the biggest beneficiaries of Telekom Baskets Bonn and ALBA BERLIN losing their first games of the season. Bayern have the longest winning streak in the league at four games followed by EWE Baskets Oldenburg with three wins as they stay in the race and Brose Bamberg as they attempt to climb the standings.

BG Göttingen pulled off the biggest upset of Round 8 as they handed reigning champions ALBA BERLIN their first loss of the season with a 96-95 home victory thanks to Mark Smith and Harald Frey combining for 12 three-pointers and 57 points. Neither team could take a significant lead and the game featured 21 lead changes and 13 ties with Berlin leading by eight points with 3 minutes left as the biggest advantage. But Smith buried back-to-back three-pointers to get Göttingen close and Frey finished the upset with a three-pointer with just 13 seconds left. Göttingen had lost three of their last four but improved to 4-3 and Berlin fell to 6-1. Göttingen made 16 three-pointers to 13 for Berlin and had a 15-6 advantage in second chance points. Smith finished with 33 points - 30 of them in the second half - as well as 7 rebounds and 3 assists while Frey had 24 points and 7 assists. Jaleen Smith paced five Berlin players in double figures with 17 points, Gabriele Procida had 15 points and Maodo Lo added 14 points, 4 rebounds and 6 assists in the loss.

MHP RIESEN Ludwigsburg showed their class as they handed Telekom Baskets Bonn their first loss of the season in an 84-80 victory that lived up its lofty expectations. Bonn led the entire first half by as many as nine points. Ludwigsburg took their first lead late in the third quarter and it was back and forth before the hosts held Bonn scoreless in the final 2 minutes. Ludwigsburg improved to 6-2 and Bonn dropped to 6-1. Ludwigsburg committed only 9 turnovers and forced 17 Bonn miscues while holding the guests to just 18.5 percent from long range. Prentiss Hubb collected 24 points and 7 assists while Isaiah White scored 15 points and Shonn Miller picked up 13 points and 9 rebounds in the win. TJ Shorts flirted with a triple-double as he tallied 21 points, 7 rebounds and 8 assists but they were not enough. Jeremy Morgan also scored 21 points with 8 rebounds.

FC Bayern Munich needed a late run but finished off Würzburg Baskets 83-73 at home for their fourth straight win to grab first place in the league. Bayern jumped ahead by 10 points in the first quarter and the cushion grew to 17 points early in the third quarter. Würzburg trimmed the deficit to three points with 3 minutes left, but Bayern scored the final seven points of the game to improve to 7-1 and Würzburg fell to 3-5. Bayern ruled the glass with a 46-27 rebound advantage and held the guests to just 40.0 percent shooting. Isaac Bonga had his best game for Bayern with 18 points and 10 rebounds while Cassius Winston tallied 12 points and 7 assists and Augustine Rubit picked up 12 points and 6 rebounds. Stanley Whittaker led Würzburg with 20 points.

EWE Baskets Oldenburg are doing their part to put pressure on the top teams in the league as they defeated Basketball Löwen Braunschweig 84-76 on the road for their third straight victory. Oldenburg built an 11-point second quarter lead but watched the hosts tie it before pushing the advantage to 13 in the fourth quarter for a 6-2 record with Braunschweig at 2-5. Braunschweig committed 19 turnovers to make the difference. Trey Drechsel scored a game high 17 points with 8 rebounds for Oldenburg while Tanner Leissner hit for 14 points and DeWayne Russell added 13 points and 8 assists. Braydon Hobbs paced Braunschweig with 15 points and 8 assists while Nicholas Tischler scored 15 points off the bench and Jilson Bango had 8 points and 11 rebounds in the loss.

HAKRO Merlins Crailsheim earned an important victory in their hopes of moving towards the playoffs as they fended off a comeback to beat Veolia Hamburg Towers 92-84. After having lost three of their last four games, Crailsheim took control with a 31-16 second quarter and led by as many as 27 points. Hamburg managed to get within six points with 47 seconds left, but Maurice Stuckey made all four of his free throws in the final 23 seconds to help Crailsheim move their record to 3-5 while Hamburg lost their third straight for a 4-4 mark. Crailsheim held Hamburg to just 42.9 percent shooting and forced 19 turnovers. Arunas Mikalauskas did it all for Crailsheim with 20 points, 3 rebounds, 6 assists and 3 steals while Jaren Lewis added 18 points and 7 rebounds and Asbjorn Midtgaard chipped in 14 points and 9 rebounds. Lukas Meisner paced Hamburg with 22 points and James Woodard scored 20 points in the loss.

Brose Bamberg have found their way in the easyCredit BBL as they defeated NINERS Chemnitz 88-75 for their third straight win. These two teams split their two matchups in the FIBA Europe Cup earlier this season, both sides winning on the road. After a tight first half Bamberg never trailed in the last 20 minutes, taking control in the third quarter en route to a 3-5 record following a 0-5 start with Chemnitz falling to 3-3. Bamberg’s defense allowed the hosts to shoot just 40.0 percent from the field including 21.6 percent from long range. Jaromir Bohacik paced Bamberg with 21 points and 6 rebounds followed by Amir Bell with 20 points and Patrick Miller with 13 points. Aher Uguak was Chemnitz’s leading scorer with 12 points.

Ulm blow out Frankfurt on road, creep up standings

ratiopharm ulm are slowly but surely making their way up the standings as they blew out FRAPORT SKYLINERS 97-82 on the road. The game was tight for the first half but Ulm blew it open with a 31-12 third quarter for their third win in the last four games for a 3-5 record and Frankfurt dropped to 1-7 after a fourth straight defeat. Ulm took the rebound battle 37-27 and shot 54.6 percent from the field. Robin Christen scored 18 points to lead Ulm with Yago dos Santos tallying 15 points and 7 assists and Nicolas Bretzel totalling 13 points and 10 rebounds. Lukas Wank starred for Frankfurt with 18 points and a career-high 10 assists with Matt Haarms scoring 17 points in the loss.

SYNTAINICS MBC picked up a big victory as they defeated medi bayreuth 96-83 at home to snap a four-game losing streak. The hosts controlled the game from the beginning and led by 13 points at halftime and 16 points early in the second half. SYNTAINICS MBC improved to 2-5 while Bayreuth have lost four in a row for a 2-6 mark. Bayreuth shot only 41.4 percent for the game and allowed 21 second chance points. Tremmell Darden poured in a season-high 22 points in the win with Kris Clyburn picking up 17 points, 5 rebounds and 5 assists, Martin Breunig adding 17 points and 8 rebounds and Charles Callison chipping in 7 points and 14 assists. Brandon Childress scored 17 points in the loss.

MLP Academics Heidelberg picked up a big victory in a possible late-season fight against relegation as they defeated promoted side ROSTOCK SEAWOLVES 91-84 on the road. The game was back and forth throughout with 16 lead changes and 16 ties and Heidelberg closed the game with a 14-2 run in the final 3 minutes. Heidelberg snapped a two-game losing streak for a 3-4 mark with Rostock losing their fourth straight game for a 4-4 record. Heidelberg shot 50.9 percent for the game including 62.1 on two-pointers. Eric Washington led the way with 22 points while Max Ugrai scored 19 points and Shyron Ely had 18 points. Jordan Roland led Rostock in scoring with 17 points while JeQuan Lewis picked up 15 points and 11 assists and Seldom Mawugbe chipped in 11 points and 11 rebounds in the loss.

Player of the Week

Player of the Week honors go to Mark Smith for his fantastic showing in BG Göttingen’s upset of ALBA BERLIN as he scored 33 points on 12-of-22 shooting including 9-of-14 three-pointers to go along with 7 rebounds, 3 assists and 2 steals for an efficiency of 34.

German Top Five of the Week

Wank poured in 18 points against ratiopharm ulm but also had a career-high 10 assists to go with 2 rebounds and 1 steal.

Christen scored a season-high 18 points with 4 three-pointers to go with 5 rebounds and 1 assist versus FRAPORT SKYLINERS.

Ugrai was a major force against ROSTOCK SEAWOLVES with 19 points, 6 rebounds, 4 assists, 2 steals and 2 blocks

Breunig helped the team knock off medi bayreuth with 17 points, 8 rebounds and 1 assist.

Van Slooten poured in a season-high 13 points as he hit 5-of-8 shots (3/5 threes) while adding 2 rebounds and 2 assists in 28:18 minutes against EWE Baskets Oldenburg.

Samare picked up 3 points on 1-of-2 shooting (1/1 threes) along with 2 rebounds and 2 assists in 16:59 minutes against ratiopharm ulm.

Moe Wagner missed the FIBA EuroBasket 2022 with an ankle injury that needed surgery. The 25-year-old also missed the opening 18 games of the NBA season and the older Wagner brother finally made his 2022-23 season debut for the Orlando Magic. He scored 7 points with 5 rebounds and 1 steal in 17 minutes against Philadelphia in his return to the court. 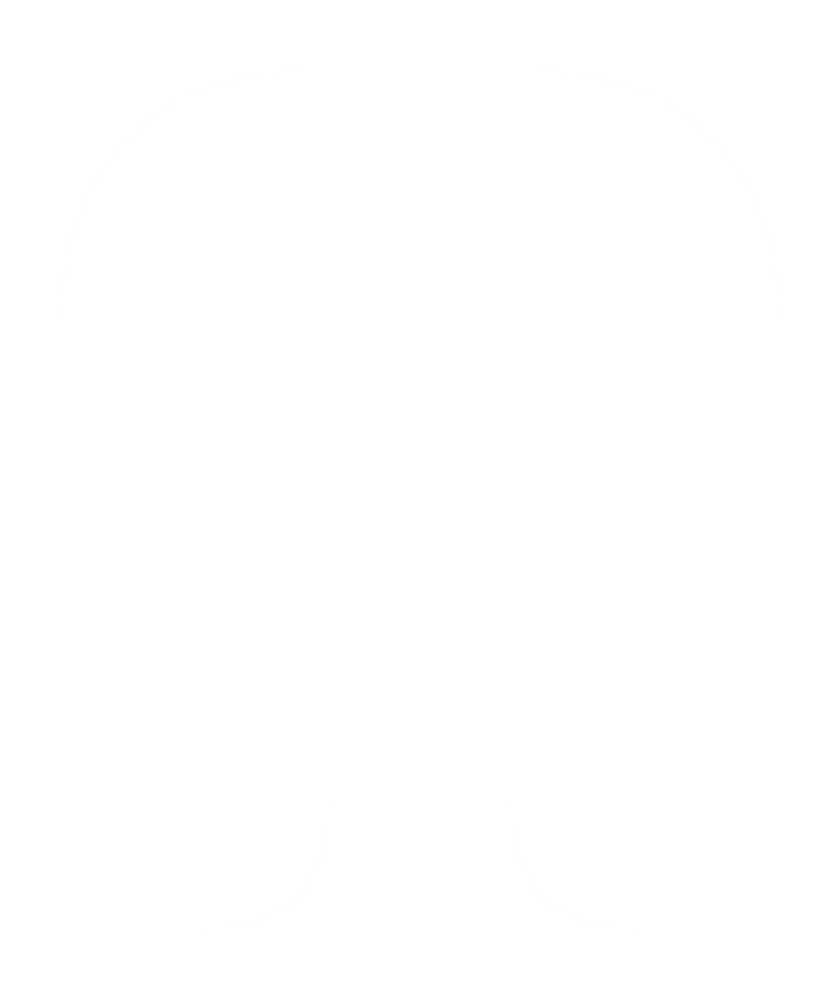